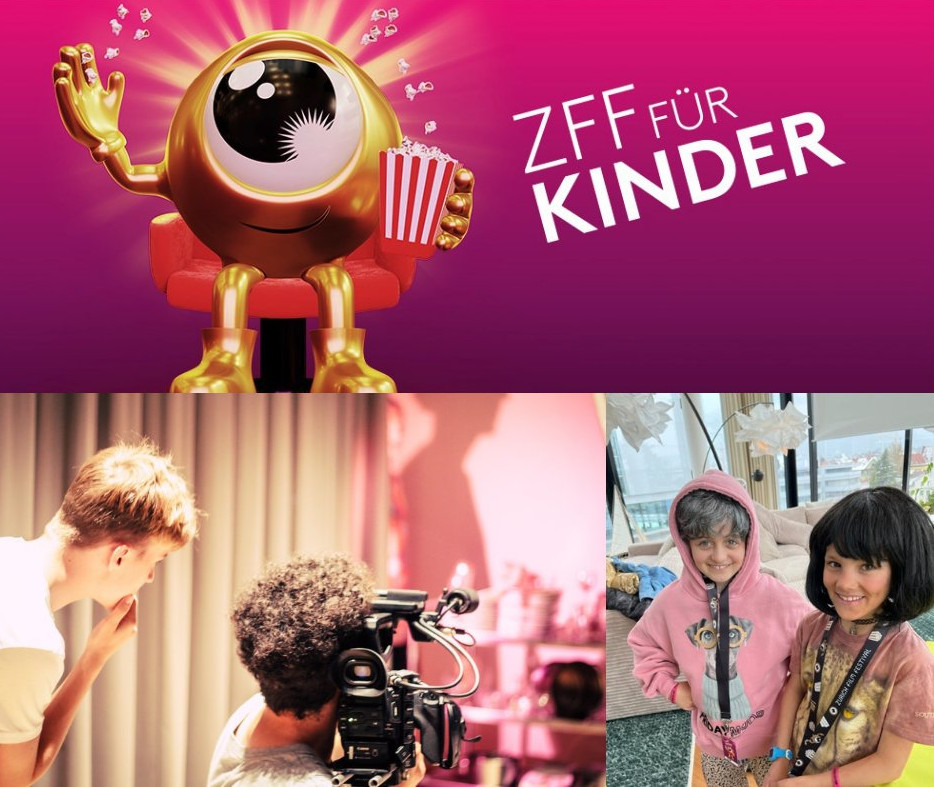 In view of the rapidly increasing screen time among children and young people, the ZFF plans to promote media literacy. Zurich Film Festival and Generali Switzerland already teamed up last year to make its “ZFF for Kids” a year-round event at Sihlcity. Due to high interest, the “ZFF Studio by Generali and filmkids.ch” was also recently launched to compliment the bi-monthly workshops and film premieres. The six-month programme (course language: German) sees children aged between 8 and 13 learn about the various stages of film production and create their own short film, which then premieres at the 18th Zurich Film Festival (Sept. 22-Oct. 2, 2022).

ZFF Artistic Director Christian Jungen is particularly keen to implement the strategy to expand the range of events for children: “As a film festival, we see it as our social responsibility not only to curate and present a high-quality programme, but also to enable and promote the active and critical examination of moving images.”

“The importance of active film and media education can hardly be overstated in times of the TikTok and Netflix boom,” emphasises Yvonne Augustin, ZFF’s Head of Educational Programme. Particularly as the risks of excessive media consumption can best be prevented, according to the FOPH website, “by promoting media literacy”. Exchange with professional filmmakers encourages the children to reflect, thus giving them the freedom to form and express their own opinions – be that in the process of filming their own stories, or while sharing their thoughts with professionals during the discussion that follows the movie experience.

Launched in March, the “Studio by Generali and filmkids.ch” offers children the opportunity to experience at first-hand the exciting journey that is the making of a professional film. From story and script development to camera resolution settings, acting, sound, editing and post-production, they get to work on their own short film over the course of six months. The finished product will be premiered at Arena Cinemas Sihlcity on September 25 at the 18th Zurich Film Festival. The project allows children to creatively explore those topics that concern them or that they find amusing. The public screening also gives young film talent the opportunity to engage in dialogue both with like-minded people and those who think differently.

“I am particularly delighted that the expansion of the programme aimed at the youngest film fans has been made possible thanks to the dedication and cooperation of the filmmakers and of our partners”, says the Artistic Director about the strategic focus. The ZFF has been committed to promoting young talent since its inception: The three competition categories screen only first, second or third directorial works. “It thus acts as a springboard for newcomers such as, for example, Cary Joji Fukunaga, the director of the most recent Bond film NO TIME TO DIE, whose film SIN NOMBRE screened in competition at the ZFF in 2009,” explains Jungen.

The elaborate media education programme is only possible thanks to the generous support of Generali Switzerland, the Main Partner of “ZFF for Kids”, and the long-standing partner Sihlcity. Both partners not only support the project financially, but also provide creative ideas, and personnel resources. Mike Fuhrmann, CMO of Generali Switzerland, affirms the expansion of their commitment as follows: “Every child has a hidden talent. Promoting this talent early on in creative workshops is a special concern of ours. That’s why we are delighted to be able to offer a comprehensive support programme with the ZFF, where children can tell their own stories on film. These days, every child with a smartphone has the chance to develop a cinematic voice. When we give children the necessary tools to do so, we are fulfilling our social responsibility.”

The workshops and Studio courses are led by coaches from the film school filmkids.ch, which has already given thousands of children an insight into the filmmaking business since it was founded 15 years ago. Simone Häberling, the school’s founder and Managing Director, beamed: “We are delighted to pool our skills and take advantage of synergies. We have expertise in filmmaking and film acting, the ZFF in curating and organising great premieres. Like making a film, it only works if you pull together as a team.”

“It is also particularly important for us to welcome all children, regardless of their origin, financial means or special needs,” continues Yvonne Augustin. “We are therefore pleased to be able to offer appropriately designed workshops at Sihlcity every year during the festival. In addition, thanks to the commitment of the Kiwanis Club Zurich-Romandie, children from disadvantaged or culturally distant families can take part in the various offers free of charge.” All you need to do is send an email to kids@zff.com – all courses are held in German and places are subject to availability. In general, it’s worth booking as soon as possible because the popularity of the offers means the limited number of places are booked up quickly.

Related Topics:Featured
Up Next 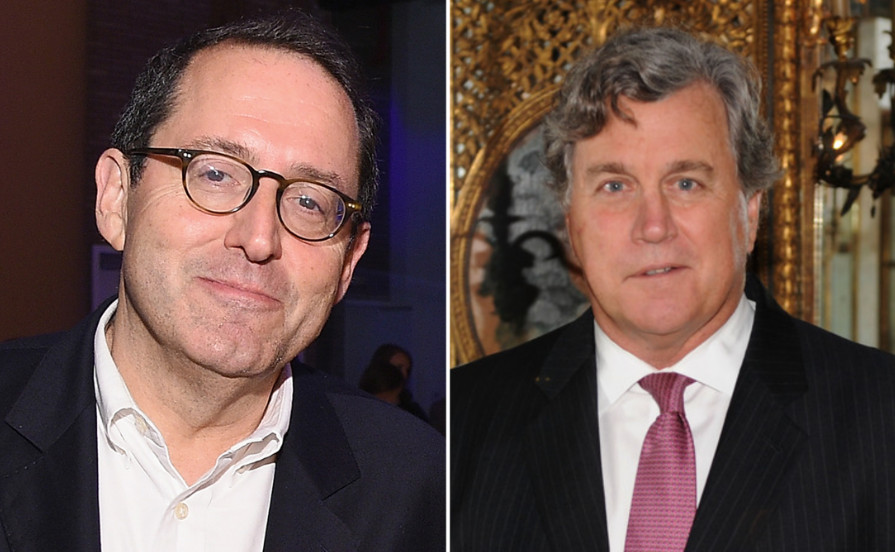 The Zurich Film Festival honours the two American studio bosses this year for their services to film culture. The two founded Sony Pictures Classics exactly 30 years ago, and popularised auteur filmmakers such as Asghar Farhadi, Wim Wenders and Pedro Almodóvar. They have won more than 40 Academy Awards and championed diversity in cinema long before the topic became fashionable.

The Game Changer Award is presented during the Zurich Film Festival (ZFF) to personalities from the film industry in recognition of their outstanding achievements within the industry. This year, the Game Changer Award will be presented to Michael Barker and Tom Bernard. The two founders and Co-Presidents of Sony Pictures Classics will accept the award on Sunday, September 25 during the Zurich Summit Dinner. Sony Pictures Classics was founded by the duo in 1992 and celebrates its 30-year anniversary this year.

Barker and Bernard’s Sony Pictures Classics aims to distribute thought-provoking, high-quality feature films and documentaries and promote the signature style of talented filmmakers. “Sony Pictures Classics is synonymous amongst film fans with intelligent auteur cinema,” explains Christian Jungen, ZFF Artistic Director. “Michael and Tom have been producing and distributing sophisticated entertainment for the last 30 years. They have introduced such great European auteurs as Almodóvar, Wenders and Maren Ade to the American public, and given the best of American independent cinema to the world. Others have come and gone – they have remained for 30 years, successful and loyal to cinema. We want to honour this achievement with our award.”

“In addition to helping the successful launch of many important movies the Zurich Film Festival has always been a great place to meet, engage, and exchange ideas with filmmakers, distributors, and exhibitors. This award puts the focus on 30 years of Sony Pictures Classics movies and the talented filmmakers who made them. In our opinion, they are the real game changers and we share this award with them. Thank you Zurich Film Festival for the honor.” said Michael Barker and Tom Bernard of Sony Pictures Classics.

To date, Michael Barker and Tom Bernard have received 183 Academy Award Nominations (70 of which were films by women) and scooped 41 Academy Awards.

The list of the studio’s best-known films includes titles like CALL ME BY YOUR NAME, THE FATHER, WHIPLASH, MIDNIGHT IN PARIS, HOWARDS END and CROUCHING TIGER, HIDDEN DRAGON. “Sony Pictures Classics has also done a huge amount for diversity in the film industry and led titles like the gay love story ‘Call Me By Your Name’ or the trans-themed ‘Una mujer fantastica’ to success – long before diversity was a dictate of the times,” explains Christian Jungen. Many titles from Sony Pictures Classics have also screened at Zurich Film Festival in recent years.

Honors bestowed on Barker and Bernard include the Honors Award from the Directors Guild of America, the FINDIE Spirit Award in Los Angeles, the GLAAD Media Award, the Gotham Industry Lifetime Achievement Award from the Independent Feature Project in New York, Outfest’s Legacy Award, and the Spirit of Independence Award from Film Independent at the Los Angeles Film Festival. They were awarded the esteemed French Legion of Honor from the French government and The Women in Film Beacon Award from Women in Film Los Angeles in recognition of their unmatched support of female filmmakers throughout their careers.

10th Film Music Competition: These are the finalists 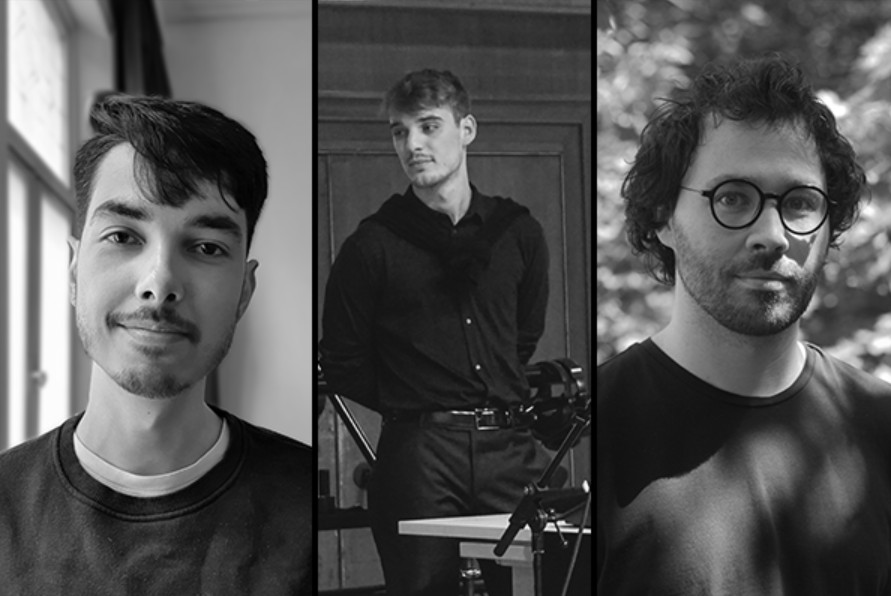 The three nominees have been determined: they come from the Netherlands, Italy and Ireland.

Over 200 composers from 42 countries entered the 10th International Film Music Competition. The jury, headed by the English Academy Award-winning film score composer Rachel Portman, has chosen three compositions to enter the final on September 29. The finalists’ compositions will be world premiered during the Zurich Film Festival at the Tonhalle Zurich by the Tonhalle Orchestra Zurich.
This year, and for the tenth time, the Zurich Film Festival and the Tonhalle-Gesellschaft Zürich AG once again collaborate with the Forum Filmmusik to present «Cinema in Concert». Interest in the competition has risen continuously over the last few years. «It is now safe to say that the Film Music Competition has become established internationally,» says Festival Director Christian Jungen. He continues, «That’s a fantastic omen for the 10-year anniversary.»

218 composers from 42 countries took part in the competition with their unique scoring of the given short film THE FOUNDLING by Barney Cokeliss. Three of these entrants have now made it to the final, and their compositions will be world premiered during the Zurich Film Festival on September 29, 2022 at the the Tonhalle Zurich by the Tonhalle Orchestra Zurich. The jury will choose the winning composition on the same evening and present the Golden Eye for “Best International Film Music” endowed with a CHF 10’000 cash prize.

Apply now for the Prix Pathé 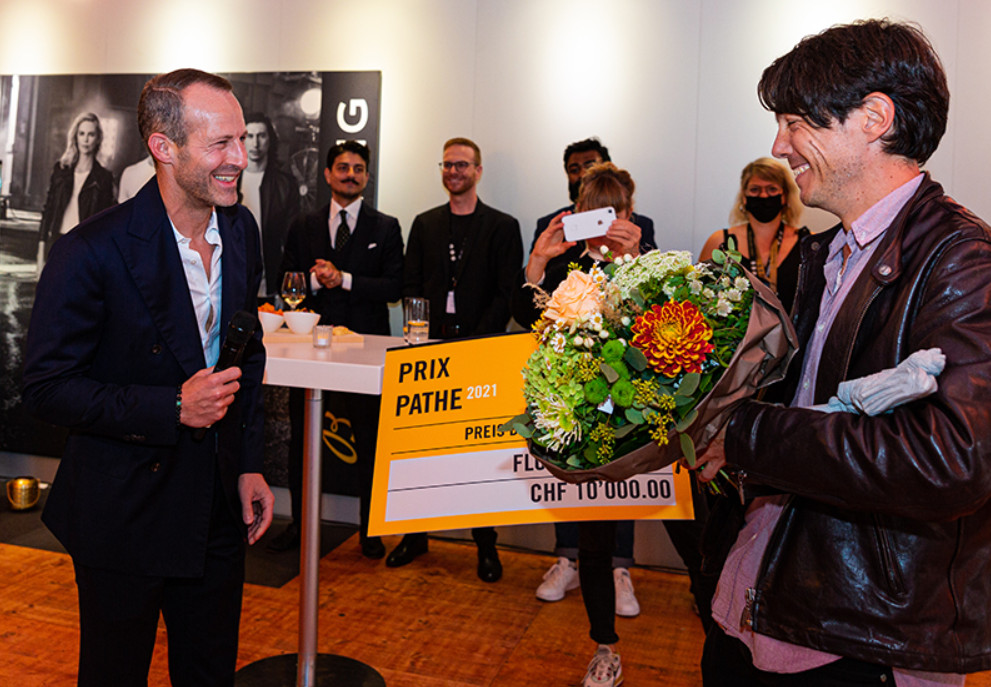 The Prix Pathé for Film Journalism will be awarded for the 16th time in 2022. It rewards outstanding film criticism and is endowed with a 10’000 Swiss franc prize. The call for entries is open until July 24.

The Prix Pathé will be awarded again this year to a film journalist for an outstanding film criticism. It is sponsored by the cinema chain Pathé Switzerland and the distribution company Pathé Films, and is endowed with 10,000 Swiss francs. All film journalists with a film review of at least 3,000 characters or an audio-visual contribution of at least 60 seconds, published in a Swiss medium, are eligible to apply. Reviews of feature films published between June 1, 2021 and June 30, 2022 are eligible. Entries can be submitted electronically to media@zff.com before July 24.

“We are delighted that we are able to contribute with this prize towards strengthening film journalism”, says Loïc Trocmé, Managing Director of Pathé Films. “Our prize recognises the achievements and importance of film criticism, which should be given our full attention, particularly during times like these.”

Christian Jungen, Artistic Director of the festival, believes once again that the 18th Zurich Film Festival provides the perfect backdrop for the award ceremony. “With over 500 accredited media professionals, the ZFF is an important place to engage with film,” explains Jungen, who himself was a film critic for 25 years and won the Prix Pathé in 2011. “Especially now, when film criticism is under pressure from cost-cutting measures in the media sector, we want to send a signal with the Prix Pathé in recognition of this profession.”