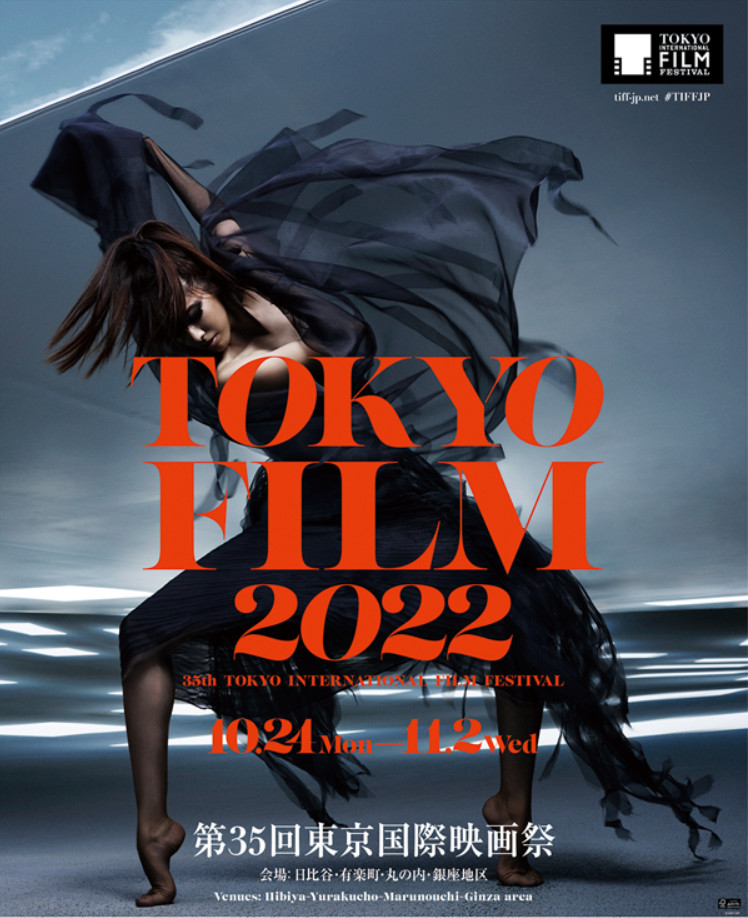 Despite the continued challenges and uncertainties brought about by COVID-19, the 35th Tokyo International Film Festival (TIFF) continues to move ahead with a full-scale physical edition from October 24 through November 2. Last year, TIFF unveiled dramatic changes, moving its main venues to the Hibiya-Yurakucho-Ginza area and appointing a new programming director. The 35th TIFF will further accelerate this evolution.

TIFF will also be more locally engaged, establishing stronger ties with leading companies in the Hibiya-Marunouchi area such as Mitsui Fudosan and Mitsubishi Estate, and by working closely with local administrations such as Chiyoda City. Additionally, the Zen-Ginza-kai, the Ginza area’s shopping and business association, and other local organizations will collaborate with TIFF this year.

We expect to welcome many guests from overseas this year, depending on the situation of COVID-19. We hope to host a spectacular opening event that will add color to Tokyo’s autumn season, and we look forward to welcoming you.

Another major change implemented last year was the creation of festival visuals by world-renowned fashion designer KOSHINO Junko. For this year’s TIFF, she has again created a vibrant image with the theme of “Leaping Forward.” The posters will be displayed at theaters from tomorrow, Friday August 19.

Comment from Koshino Junko
I believe film festivals haven’t been associated with fashion until now, but this visual expands the horizons of the film festival. I feel this year will be very interesting. It feels like the energy repressed by COVID-19 will lead to an explosion. I’m looking forward to a creative explosion in fashion and film.

The new film by Mamoru Hosoda will world premiere

The new film by Mamoru Hosoda will world premiere

Belle, the animation film by the Japanese director Mamoru Hosoda will be presented in world premiere during the 74th Festival de Cannes in the Cannes Premiere section. Following Wolf Children (2012), The Boy and the Beast (2015), and Mirai (2018), it is the first official Selection for Mamoru Hosoda.

Belle, is the third animation film presented this year at the Festival after Ari Folman’s Where is Anne Frank and The Summit of the Gods by Patrick Imbert.

Spearhead of a new wave of young animation film directors, Mamoru Hosoda takes the audience in his poetic and avant-garde universe in-between genres.

Belle tells the story of Suzu, an insecure teenager living in a small town in the mountains with her father… in real life. Because in the virtual world of U, Suzu becomes Belle, a musical icon followed by more than 5 billion followers…
With this film, Mamoru Hosoda returns on the subject of virtual worlds, already dealt in Summer Wars.

« Belle is the film that I’ve always dreamt to create, declared Mamoru Hosoda, and that I can make today thanks to the culmination of my previous films. In this one, I explore romance, action, and suspense as well as deeper themes such as life and death. I hope that it will be a big entertaining show.

In Official Selection for the first time, Mamoru Hosoda celebrates in the most beautiful way for the 10th Anniversary of Studio Chizu.

Belle will be screened on Thursday, July 15th at the Festival de Cannes.

The film will be released in French cinemas on December, 29th 2021. 31st TIFF to Open with A Star Is Born Continue with a Gala Screening of The House Where the Mermaid Sleeps and Close with GODZILLA: The Planet Eater

Tokyo International Film Festival (TIFF) is pleased to announce this year’s Opening and Closing Films, as well as a newly added Gala Screening event. A Star Is Born, directed by Bradley Cooper in his directorial debut, and co-starring Lady Gaga in her screen debut, will open the festival on October 25. GODZILLA: The Planet Eater, co-directed by Kobun Shizuno and Hiroyuki Seshita, the final entry in the landmark animated “Godzilla” trilogy, will close the festival on November 3, which is Godzilla’s birthday. TIFF will also hold a Gala Screening event on October 29, presenting the world premiere of Japanese film The House Where the Mermaid Sleeps, directed by Yukihiko Tsutsumi starring Ryoko Shinohara and Hidetoshi Nishijima.

In addition to Roppongi Hills and EX Theater Roppongi, a new venue is being added this year: the Hibiya Step Square. The red carpet will roll out in Roppongi on the first day of the festival, welcoming stars and filmmakers from across the globe, as well as for TIFF’s special red carpet event for the Gala Screening, with the cast from the film.

The screening schedule will be announced on the official TIFF

Struggling artist Ally meets famous singer Jackson Maine, who falls in love with her and helps her reach stardom. When Jackson’s star begins to fade, he is forced to fight his internal demons.

The daughter of a couple whose marriage is about to end falls into a coma after nearly drowning in a pool. What decision will the couple make? Will the outcome be a tragedy or a miracle?

The final chapter of the landmark animated “Godzilla” trilogy, GODZILLA：The Planet Eater pits King of Destruction, Godzilla, against God of the Void, Ghidorah, with man’s destiny hanging in the balance.